The show is set in the Indian territory at the turn of the century when cattlemen and farmers were fighting over fences and water rights. In the middle of that controversy are two more rivalries. One between a cowboy called Curley and a hired hand named Jud, both in love with Laurey. The second involves Ado Annie, Will and Ali Hakim, a trio that will provide plenty of laughs.

A ranch hand encounters Aunt Eller and Laurey. Curly and Laurey have a secret passion for one another but they are too nervous to admit their feelings to one another. Curly expresses his feelings on how he would like to take Laurey to the box social that night. Meanwhile Will Parker has just returned from Kansas City. He along with other cowboys tell stories of the modern city to the onlooking ladies. Will is in fact in love with Ado Annie who herself is involved with a travelling salesman, Ali Hakim. Curly is upset to discover that Laurey has asked Jud Fry, a menacing field hand, to take her to the box social. To see what the fuss is over Jud, Curly makes a trip over to his smoke house. Laurey is now uncertain and she wishes she had not asked Jud Fry, and asked Curly instead. Onlookers bid on hampers containing home made food. When it comes to Laurey's hamper, Jud and Curly both fight over bids. Jud runs off with Laurey who, frustrated, fires him and breakes down. When Curly comes to her rescue they admit their love for each other. Three weeks later, they are married and Jud reappers. Curly frantically fights him and Jud falls on his own knife. Curly is announced not guilty in a court and the show ends happily as Laurey and Curly ride off in their surrey with the fringe on top.

The music and lyrics have proven to be some of the best in musical theatre with songs that include "Oh What a Beautiful Morning", "The Surrey with the Fringe on Top", People Will Say We're in Love, "I Can't Say No", "Oklahoma! and many more, making this a musical treat for all the family. 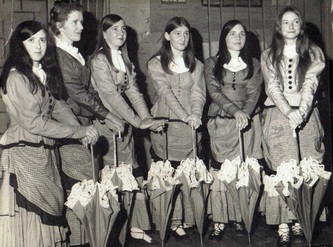 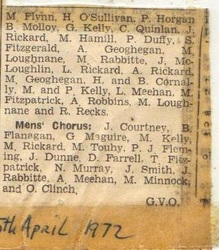